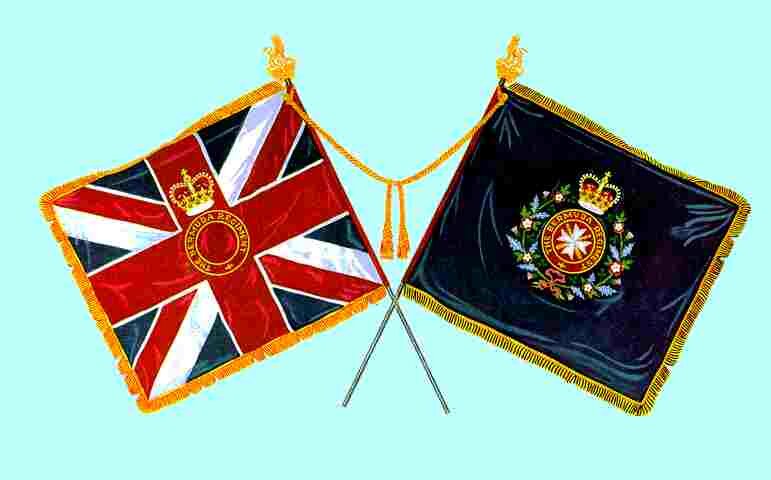 A 1982 postage stamp from Bermuda shows the regimental colours and colour party of the Bermuda regiment. A flag is shown which appears to be the pre-1801 Union Jack with a badge in its centre as described above.
James Dignan, 7 March 1996

Actually it's a set of six commemoratives of the Bermuda Regiment. One shows the regimental colours, of which the "Regimental" one is blue with the maltese cross badge of the regiment in the center according to regulations for all British Army colours. Another stamp shows the Queen's birthday parade with two flags prominently displayed. One is the Sovereign's standard, and the other is the Union Jack with the Bermuda badge in the center as mentioned above, but it is not the pre-1801 Jack. It has the St. Patrick's cross. From the context of association with the Sovereign's Standard can we deduce that this is the Governor Flag?
Todd F. Mills, 7 March 1996