The site <nine.by.ru/Novopolosk> is Russian, the e-mail is from Belarus. Where is Novopolosk (and is it new poland?)
Dov Gutterman, 13 March 2004

This city of Novopolotsk is centre of district in Region  of Vitebsk of Republic of Belarus Its name has no any relation to Poland. To a South-East from Novopolotsk-city is  located the ancient city of Polotsk, which since 8 centuries A.D. was   centre of  Principality of Polotsk in Ancient Russia, then - in Great Lithuanian Principality and Polen-Lithuanian State Rzeczpospolita. The name  of  Novopolotsk  occurs from the name of Polotsk  and  slavic  word "novy" = new. Novopolotsk  = New Polotsk.
Mikhail Revnivtsev, 13 March 2004

According to one website I found, which lists sister cities of Rhöne towns <www.ville-givors.fr> as translated: "Novopolosk is situated in the north of Belarus, whose capital Minsk (200 km to the south of it) is twinned with Lyon. Novopolosk, which means "New Polosk" is a new town founded at the end of the 50s near Polosk (one of the cradles of Slav culture) around a vast petrochemical complex. It possesses a university.
James Dignan and André Coutanche, 13 March 2004 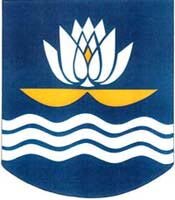