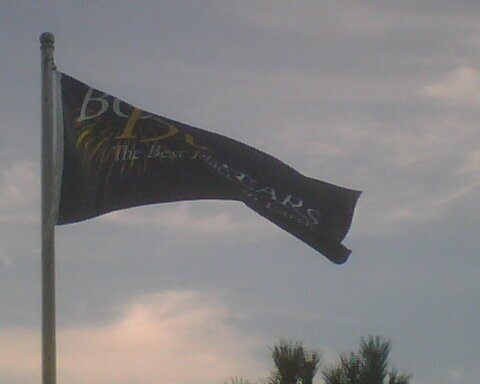 The flag features the logo of British Columbia's 150 year celebration is placed on a blue "bedsheet" flag.

This commemorates the founding of the Colony of BC in 1858. The colony, original capital at Fort Langley (now part of Langley Township), only included the mainland. The colonies of BC and Vancouver Island merged later, and joined Canada in 1873. BC celebrated centennials in both 1958 and 1973, so I wouldn't be surprised if there's another sesquicentennial in 2023.

There are several promotional gifts that are shown one on the BC 150 Store website of which, the pin, illustrates the logo even better than the picture. Phil Nelson, 7 December 2008