The origins of Nove Hrady date back to the 13th century when a settlement sprang up near a sentry castle along a trail from Austria to Bohemia. In 1359 the town became the property of the Rozmberk (Rosenberg) family and remained in its possession up to the beginning of the 17th century. It was destroyed by fire during the Hussite wars and badly damaged in the Thirty Years’ War. A new chapter in its history opened in 1620 when the Nove Hrady estate passed into the hands of the Buquoy family who continued to own it until 1945. The construction of the railway in 1869, that later connected Plzen (Pilsen) and Vienna, contributed significantly to the economy of the town. During World War II Nove Hrady belonged directly to the Nazi Third Reich, and in 1946 the majority of the German population was expelled from the area.
Nove Hrady was famous throughout Europe for its opaque black and red glass produced in the area in the 1800s. The invention of this solid-colour glass, which resembles semiprecious stones and is known as hyalith, is attributed to George Buquoy (1781-1851).
Information from this website.
Jarig Bakker, 20 Oct 2001 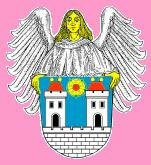 image from this website, located by Jarig Bakker, 20 Oct 2001
Mostbet